Last week saw a dizzying 35 miles running. The bike had the whole week off. This demure total is not going to propel me back into the top echelons of the over 50's athletic scene, but it means that I might be able to hang off the back of it, only just keeping in touch with flecks of slaver and beads of sweat working their way around my grimacing face. My achilles were sore when I began to run again, but last week the calves capitulated and my legs acquiesced, having been beaten into submission by several 7 minute/miles.

The climax of the week was the cross country at Cramlington on Saturday. When I announced to Aunt Aggie that I was off to the event, she was playing on her Nintendo under the stairs and remarked that I was washed up and my efforts might be better spent weeding the garden or trying to make sense of the garage.

I had hoped for a top one hundred finish, but the field of 600 had other ideas and while I cut a fine, if decrepit figure on the first two laps, the third lap saw me drop from 160th to 185th. The conditions were firm and the temperature something weird, creeping around eighteen degrees in October. The club tents and flags gave the event a carnival atmosphere.

I came away with everything intact, but a decent blister on my heel which made my 9 miles on Sunday hard work.  Need to review the cross country footwear.

The reading is paralleling the running. I took an age to read the Amis's The Old Devils. It took about 2 months to wade through this tedious tale of old age in the deepest west. By far a more riveting 'boys own story' is Buchan's Greenmantle which should take me  a few days to finish.
Posted by AMcD at 07:56 No comments: 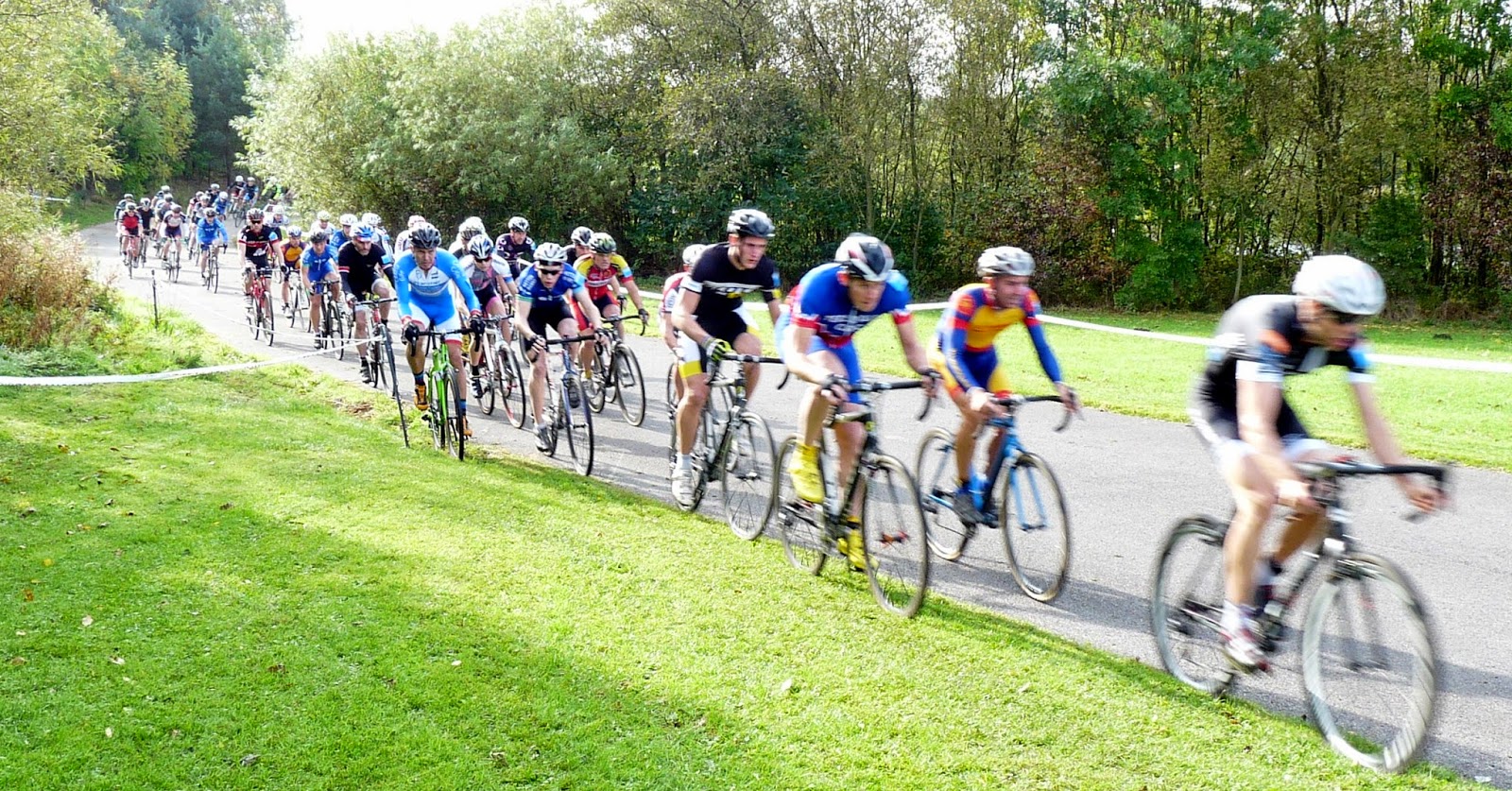 On the way down in the car to the Hetton Lyons, near Sunderland, the radio was on. The Sunday morning news sauntered languidly over the airwaves. It seemed a quiet news day. The was a short piece on the length of George Clooney's recently reported wedding celebrations. My passenger remarked.
' He seems like a nice bloke'.
I replied ' yeh, but I bet he's crap at cyclo-cross'.
I expected her to come back with 'yep, but then so are you...', but her mind was still wandering in a fluffy, clooney trance.
Shortly afterwards, she said 'He'd probably be quite good at it. Probably good at most sports he might try his hand to.....!!'
I met SB and NA at the registration and managed a quick cuppa before the off. There was a huge field today. This resulted in a staggered start for the vets and womens race which was 40 minutes long. I lined up with the over 50's with the women behind us and soon we were off. It didn't take long for 2 or 3 ladies to come past and then as we moved into the wooded section on the hill, things settled down. I passed a few old boys and could relax that I wasn't going to be last; but soon fell runner Karen Robertson was snapping at my heels. She passed me on the 2nd lap but I hung on. I had to admire her courtesy as she fairly waved the faster riders by and I nipped in behind a couple and crept past her on the downhill stretch, only for her pass me again on the ups. Toward the end I could see the other Gothic lads who had started in the v40's two minutes ahead. The gears had also begun working after an early race refusal. Forty minutes flew past in a haze of greenery and tape and shouts of ' inside, left, right or coming by'
There are several of these events over late autumn and early winter, so I expect to improve a little after 2 or 3 more events. Managed a good sweat and 2 cuppa's and a chocy bar afterwards. Weekend warrior.