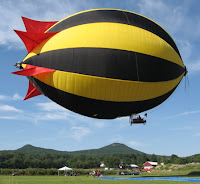 The sun is threatening to melt us milky skinned types this week. The forecasters on tele. have been trying to keep a straight face when pointing to the north east and saying its going to be scorchio.

As my slow recovery continues, I have managed a dizzying 15 miles over the last 2 days. As the car is getting a service at a garage 8 miles away, I am committed to another 8 miler tonight when I go and collect it.  The hamstring appears to be sorted now but someone has been interfering with the scales. Seems like there's a price to pay for the biscuit fest over the last 2 months. Aunt Aggie has taken to calling me 'goodyear'.  'Blimp' is her other favourite, but she's not accorded me the associated rank as per the 1943 Powell film.

I had an enjoyable 80 mile sportive in and around Pitlochry in the rain. I started no.4900 of 5000, and enjoyed passing thousands along closed roads around Loch Tummel, or wherever I was. Had a weekend in Chamonix where I went walking and mountain biking in the sizzling alpine sun and last weekend, I accompanied the missus around the less sizzling 8 miles of Windy Gyle Fell Race. The two hour jog and wander around the Cheviots finished without incident as I coasted in, in last place.  So, at last, it seems that given another 2 or 3 weeks, I might stick my toe in the water of sport and see what trail or easy hill races are on the go. Saying that, I have the Coastal Race from Seahouses to Alnmouth to get through in 3 weeks time, so that is probably as good a target as any. Not sure I'm ready for 14 miles along the coast, but that's the problem with entering events several months in advance.
Now, where's that amber solaire.