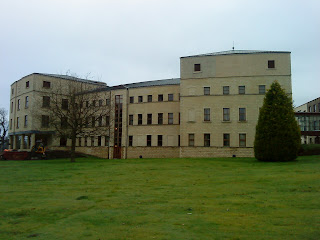 I had my own wee Festival of Fife this weekend. Some of the fast times posted in the past at the Cupar 5 hadn’t gone unnoticed and I thought it would be good to do to see where my form is at present (as if I didn’t know).  The previous speedy times weren’t,  however, down to the fast flat course, which is an out and back from Cupar along a 'B' Class road. Instead it is, as the organisers from Fife AC advised, because the course has been 180yds short until this year. I’m pleased however that nobody had told me this before the start as I lined up with 300 runners for two and a half miles into a stiff breeze.  There were some top lads at the front but my target was a more modest sub-30m. A tall order given my poor start to the season.

There’s not much I can say other than that after the starter started the race I got my head down and grafted. I tried to find a bit of shelter in places where I could behind the 2nd lady and others for a little while and then a tall fife athlete near to the turn. The course is a little undulating and of course when you’re running close to your aerobic capacity you can’t feel the benefit of a tailwind, but turning in 15:22, I told myself it was mostly downhill and that I had a huge big wind behind and I collapsed in a heap to finish 29:53. The young Jarvie came cruising past at Mile 4 but I knew I had to peg things back to avoid any unpleasantness in the ‘wheels coming off’ department later on. It was mission accomplished. I celebrated my 42nd place by running back up the course for a couple of km then back to the hall in Cupar for cake and tea. 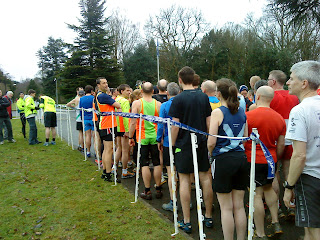 The next day after an ‘interesting’ evening in deepest Falkland I sat with the Hotel chef and a pot of tea pouring over a map. The 15km trail race I entered said Kincardine, but I was under the impression it was Glenrothes. After a google check it was evident that the Carnegie event was almost an hour away so I scoffed my scrambled eggs and made off to make sure I got there in good time. As it was I had an hour to spare when I arrived and scrutinised the town for a cafe but to no avail. By the time I realised the race HQ had one,  it was too near race time and I was having a slight bout of controlled anxiety trying to figure out how to attach my chip to my rapidly disintegrating Salomons (They’re our kids actually, but don’t tell her). These fiendish shoes have a wire loop and I ended up tying a bit of string through the wire to hang the chip on. 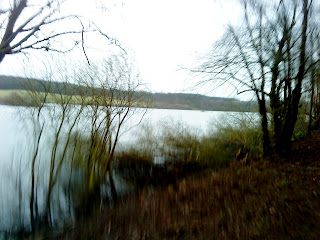 The setting at Tulieallan was excellent and the course which weaved its way over ‘uppy and downy’ track, a little road and past one or two small, scenic lochans was well marshalled and fairly flat with only one long drag halfway through. 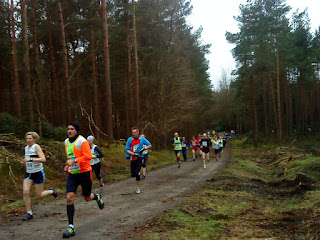 I stopped once or twice to take some photos but at 3 miles started to feel tired and at 7m faded badly and was slowing sufficiently for 3 whom I passed earlier to come past. However I knew it was going to be a tall order given yesterdays efforts and I was happy to plough a long and lone furrow to the end.  Coffee, a bottle of bear and then 2 more bottles in the spot prize.  Result. Again, a top event and one not to miss next year.
(Photos all from Sunday's race) 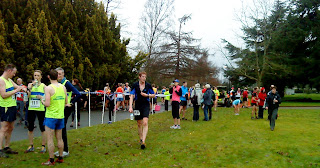 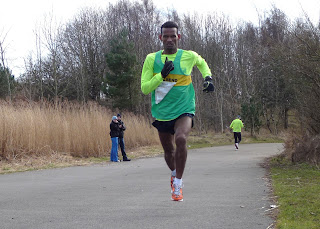 There was a good turnout today at the Signals Relays at Hetton Lyons. This included myself running in an incomplete team, so no pressure there then. You still have your pride to run for as I told my team-mate for the day. As it was I got round the 2 lap, 2.3mile course unconvincingly in 13:06 but looked good on the first lap before it all turned to mush early in the second to finish 30th-ish after leg 1.
Fife next weekend so better pull my (compression) socks up.
For the Random Photos collection click on the Gallery link on the right.....too many runners to click and camera still on the blink.  Results up now on the New Marske Harriers Site.   www.new-marske-harriers.co.uk/index.php/en/ 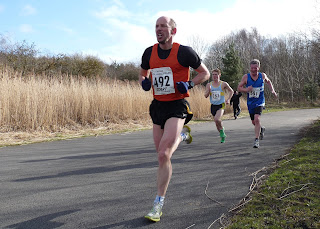 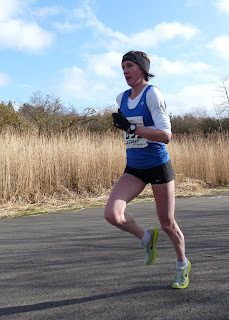 I'm sitting here eating a baked onion straight out the oven and burning my tongue into submission. What price a late dinner?!
Decided to turn out and run yesterdays north east cross country league. The venue at Wrekenton, Gateshead is an old colliery and spoil heap thats not been fully reclaimed and being on top of a hill its quite exposed so the ground was solid. Icy in places. There was virtually no wind though, which was a saving grace and once you warmed up, not a bad day out at all. Around 250 of us set off in the slow pack. My aim was to get through the event in one piece. Problems of running lethargy and lack of energy over the last fortnight have been put down to a bug and although feeling abit more energised, I'm still way off the form. I have got a packed calendar though (at least in my head) and so trogged around the course with no distinction but nevertheless, mission accomplished. 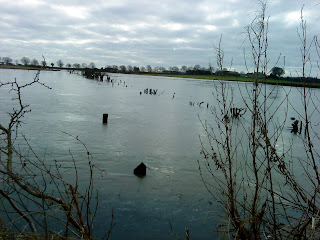 Today was better. I had planned a 50 mile ride and did just that, albeit 35 miles were courtesy of the Northumbrian Tri Club who I bumped into early on in the ride and tagged along with. Seem like a good crowd. We took in a few of the Simonside climbs but nothing too demanding and I finished off the ride on my own through a couple of the coastal colliery towns. Hope that the form continues to build this week. The forecast's improving.

I've just stuck in another onion in foil to join the roast in the oven. Why not? -there's plenty of room in there
Posted by AMcD at 18:11 2 comments: 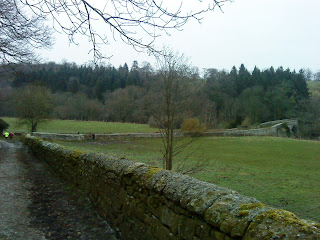 It looks like it could be quite a sizeable week in terms of mileage with 44 on the clock already since Thursday. Saturdays run was crisp, scenic and the 3 of us got round the 18 miles and 2500ft of hills in a little under 2.25 while the snow held off. Yesterday my legs were a bit stiff and it was a plod of 6.5m through the woods and around the fields late on. There was around an inch of snow in places but its pretty much gone now from here although there's plenty of ice around. Need to keep this momentum going for the weekend and see how we get on.
Posted by AMcD at 08:10 No comments:

I felt like a bag of tatties last night when we ran round the town and then spanked a few 2 minute efforts into the evening. Shocking really. May not be able to show my face.  I’ve definitely regressed this last fortnight and the only real difference is a return to the world of snack and the increase in bike miles. Maybe the old carcass can’t cope with the change. I can’t remember the last time I used that word. Regressed. Like ‘Altered States.’ Saw it in the early 80’s. Enjoyed it – another Ken Russell extravaganza.  It's good. Watch it...
I donned many layers of clothes to protect my fragile frame from the freezing frigid fist that’s grabbed the tail end of Winter, even after we thought we’d got off scot-free.  Today’s run was around the town again when I managed 4 on my own before another 8 miles with the lads, all scarfs, double gloves and hats and larger than life with an accumulation of layers. Flourescent Michelin men on the road in a haze of self generated clouds of vapour and breath.
I had a race free January despite my broken promise to salvage the month late on. Have to be philosophical though; Can't be up there every season. It would be athletically myopic to drive the 3 hours to Forfar this weekend when I can’t even get going in training.  So, back to the gym, back to the drawing board to plan where we go from here. Having just finished Nile Rodgers autobiography I can be found mentally on every street corner thumbing my base and doin ‘tha thang’. Yousa, Yousa....
Posted by AMcD at 21:44 No comments: