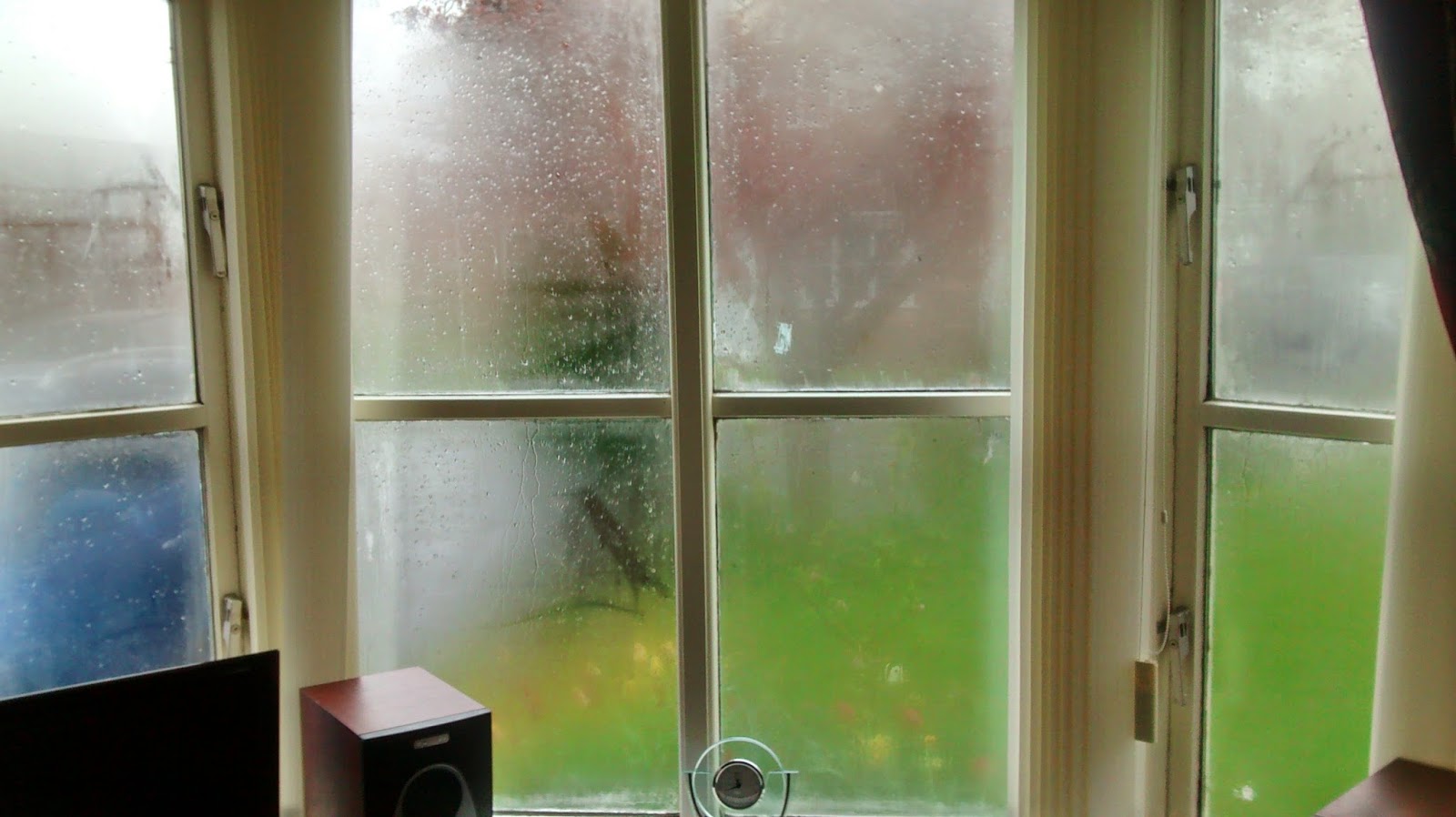 Sat in my dressing gown , I stared vacantly out of the window into the empty street. The only movement were the rivulets of water trickling down the window and the tulips swaying the wind, their petals closed in protest. What a day. Didn’t fancy getting soaked out there. Make a mess of the bike as well.


‘Maybe it will clear’ I told myself.
An hour later the house was empty apart from me and the dog. The rain continued.
The rest of them had cleared off to a local half marathon. After another half an hour I dug out the rollers. For anyone unfamiliar with this fiendish apparatus, you balance your bike on it and then ride on the spot, the rollers suspended on a low frame allowing the wheels to move; but you stay put.


I put leggings on and a tracksuit top over my t shirt, put a hat on and dug out a bike. It took me 5 minutes to get moving. I generally find it’s a tedious and thankless form of exercise. A last resort.


I got off and put on Mike Rutherfords Smallcreeps Day on the CD player and ramped up the sound. After 8 minutes, the hat came off. After 10, I had a sweat on and after 12, small drops of perspiration began a rhythmical pit-pit from the end of my nose onto the crossbar of the bike. May bank holiday weekend. Outside, still the rain came. After 25 minutes you begin to stew slowly in your own juices. A subtle smell of warm rubber envelops the room.


I was getting a bit bored and tired after half an hour. My backside was a bit achy. The regime doesn’t allow you to stop (or you fall off) or alter your riding position very much as keeping your balance is just as critical as pedalling. After 40 minutes I got off for a drink and changed the CD. I was going to call it a day, but when Ian McShane’s throaty growl sprang from the Missions, supported by Trevor Horns unmatched production in ‘Slave to the Rhythm’. I grabbed a towel and had to get back on the bike and purged out another 20 minutes of effort, the windows steaming up all the while in the little room.


After an hour I tried to take a selfie, but lost the back wheel and was projected sideways onto the arm of the settee in a slow motion fall. Graceless. She (Jones the Rhythm) was busy pounding out ‘never stop the action, keep it up, keep it up.’ Deciding I had had enough after 65 minutes, I dismounted picked up the newspaper which I'd put under the bike to mop up the small puddle of salty toil and took off into the kitchen for a drink and handfuls of Sainsburys Strawberry Granola.
I was soaked. Ironic that.
Later I get a text saying the youngsters finished 3rd in her first half marathon. I taught her everything she knows, you know! 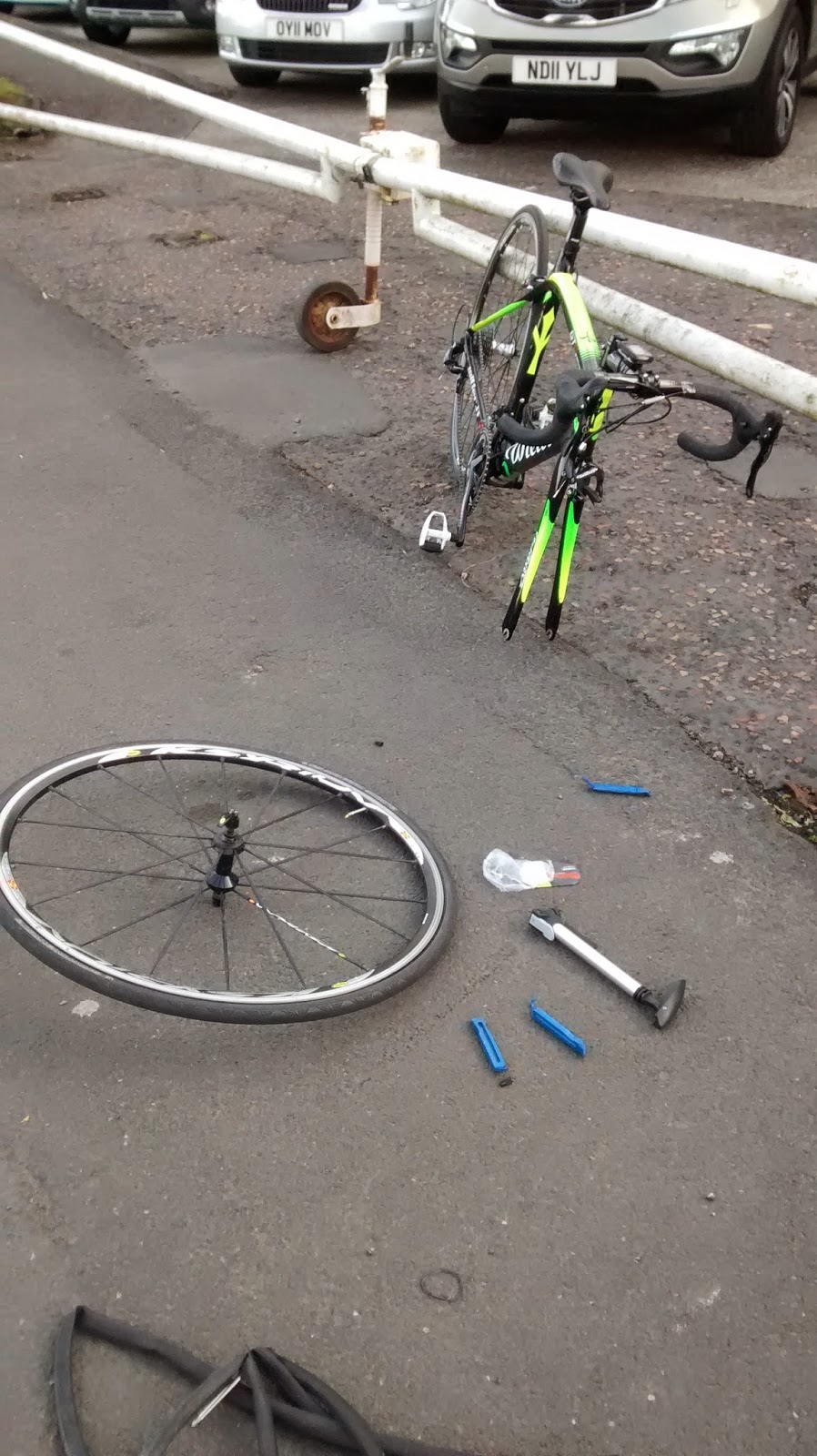 I had pretty much another week off last week to give the injury a rest, but this week I've managed 4 or 5 rides over around 20 or 30 miles. While its been pretty damn chilly, even with the sun out, I have managed to drag my sorry torso around the shallow hills of south Northumberland at reasonable speed. Still a few pounds too heavy, mind.
However, there has been a price to pay.  I was up this morning surrounded by a bunch of tubes.... and a bowl of water. Calling someone a 'tube' was a form of mild abuse where I come from, but these are bike tubes. The frequent potholes coupled with a worn tyre have meant that I've used up all my spare bike tubes and have had to spend the early hours patching and 'making do' before 30 miles late this morning with the club. 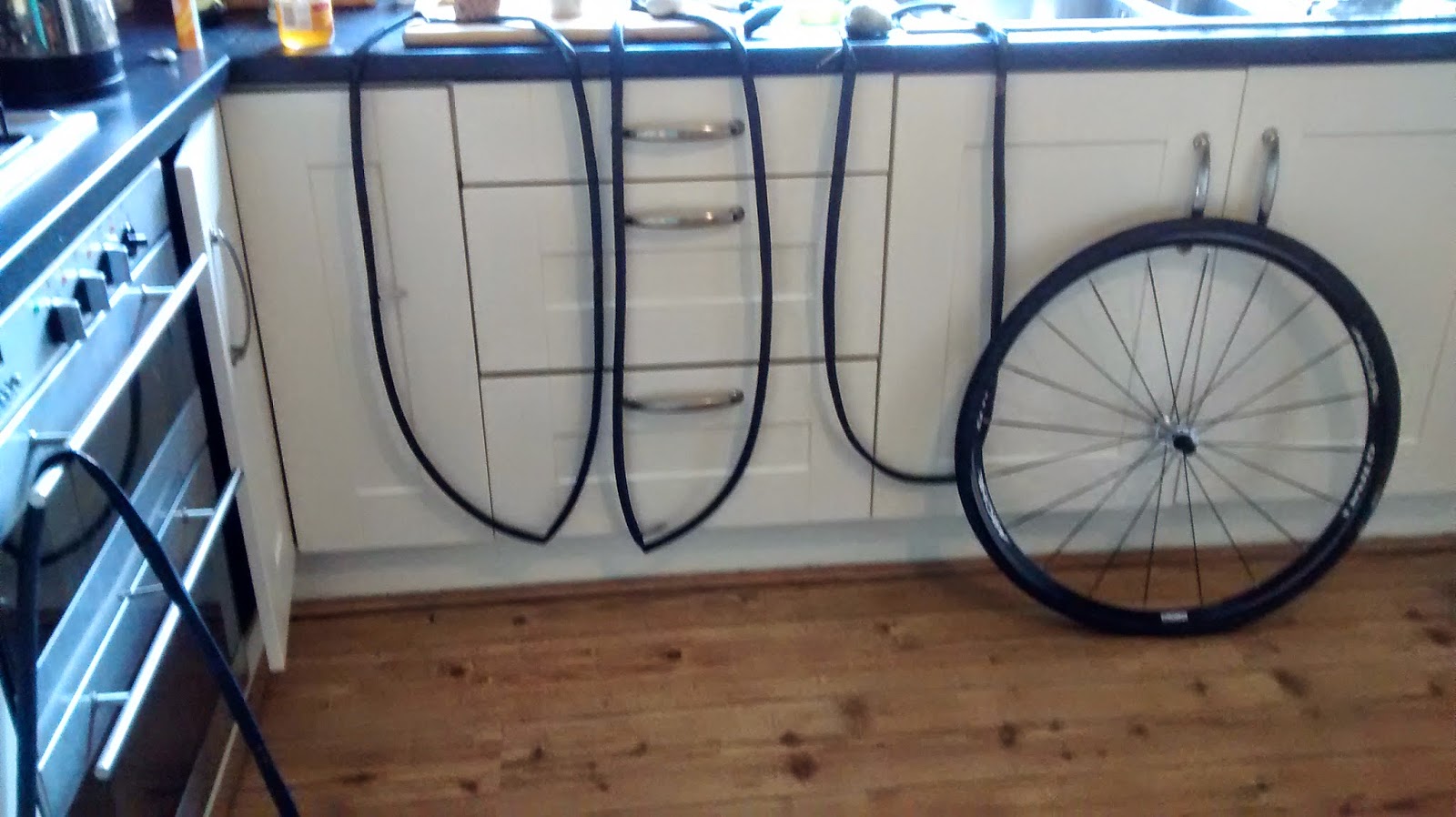 Its a long weekend and holiday on Monday. The youngster is doing the Sunderland Half marathon and the other one managed a fast time at London last week, so I am feeling like a member of the backroom staff at the mo.
I may venture out and try the old leg on an easy 2 miler. Meanwhile, the training shoes shut themselves up in the attic last week. As they pulled the ladder up and shut the trapdoor behind them they ranted something about 'not being loved anymore'. Even as I tried to jump to catch the door before it closed, they shouted not to come up until I was prepared to take them out somewhere. You've got to feel a bit of pathos for the old battered Brooks, eh?  As I walked down the stairs, I shouted up about going out to get myself a new model. That shut them up.