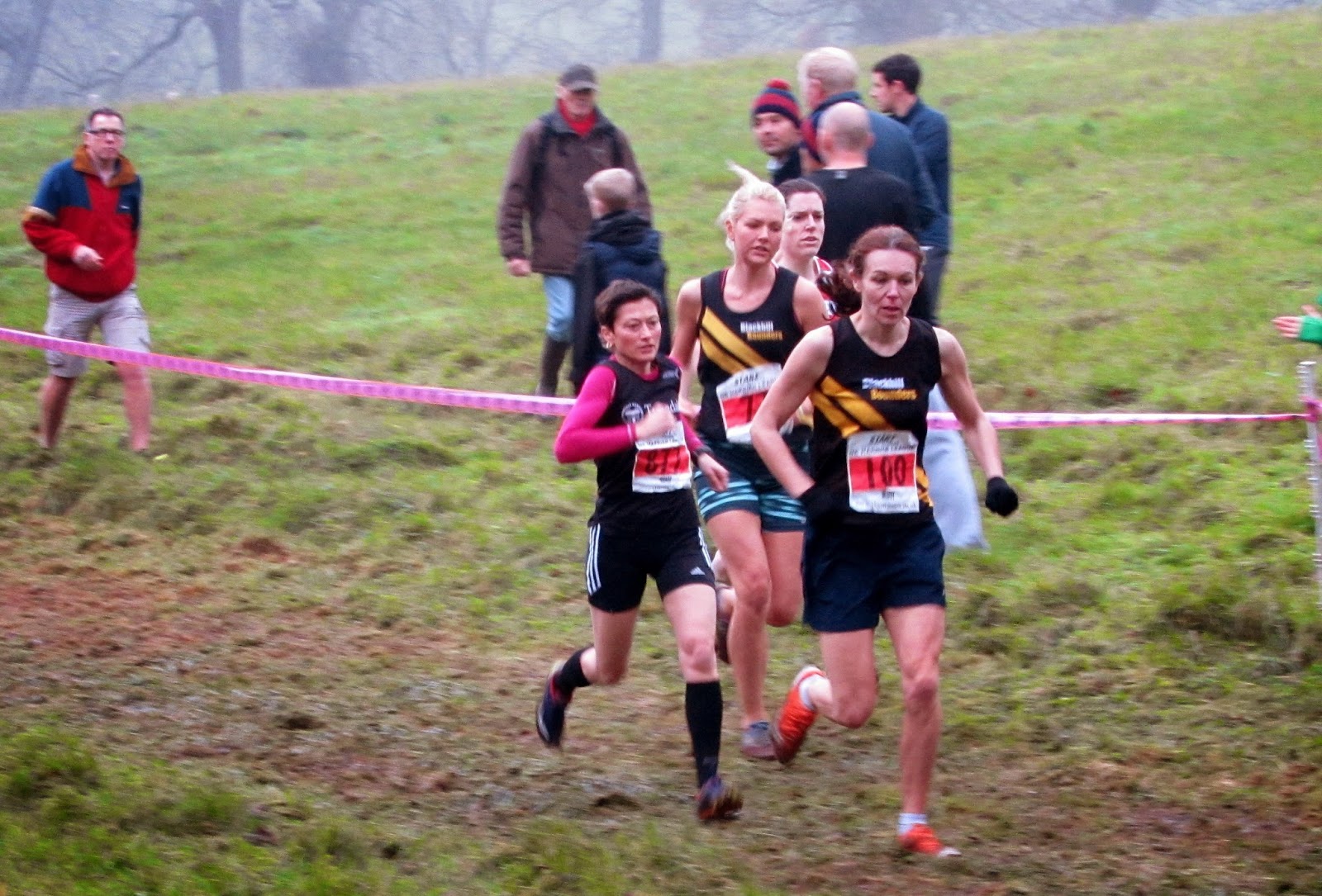 After an hour out on the bike yesterday morning, I got my gear together for the cross country league. The venue was the grounds of the country estate at Wallington Hall. Just round the corner from my own gaff. I didn't need my National Trust card thankfully. Strangely, I don't need it for my house either. Couldn't find it anyway. My driver, who was also running, picked me and the young one up and we got there nice and early.

With new camera in hand I jogged around the course which was a nice mix of fields, track and woodland with a couple of short climbs along the way. Organised by Morpeth Harriers, I had a chat with a few marshals and then waited for the women to appear. The youngster, who was in the slow pack was lying 3rd and I was excited about this. Her sister, setting off from the fast pack, was ploughing her way through the field, but would be doing well to catch the flying young pretender running for her University.  There was a good crowd present and the finish was exciting. 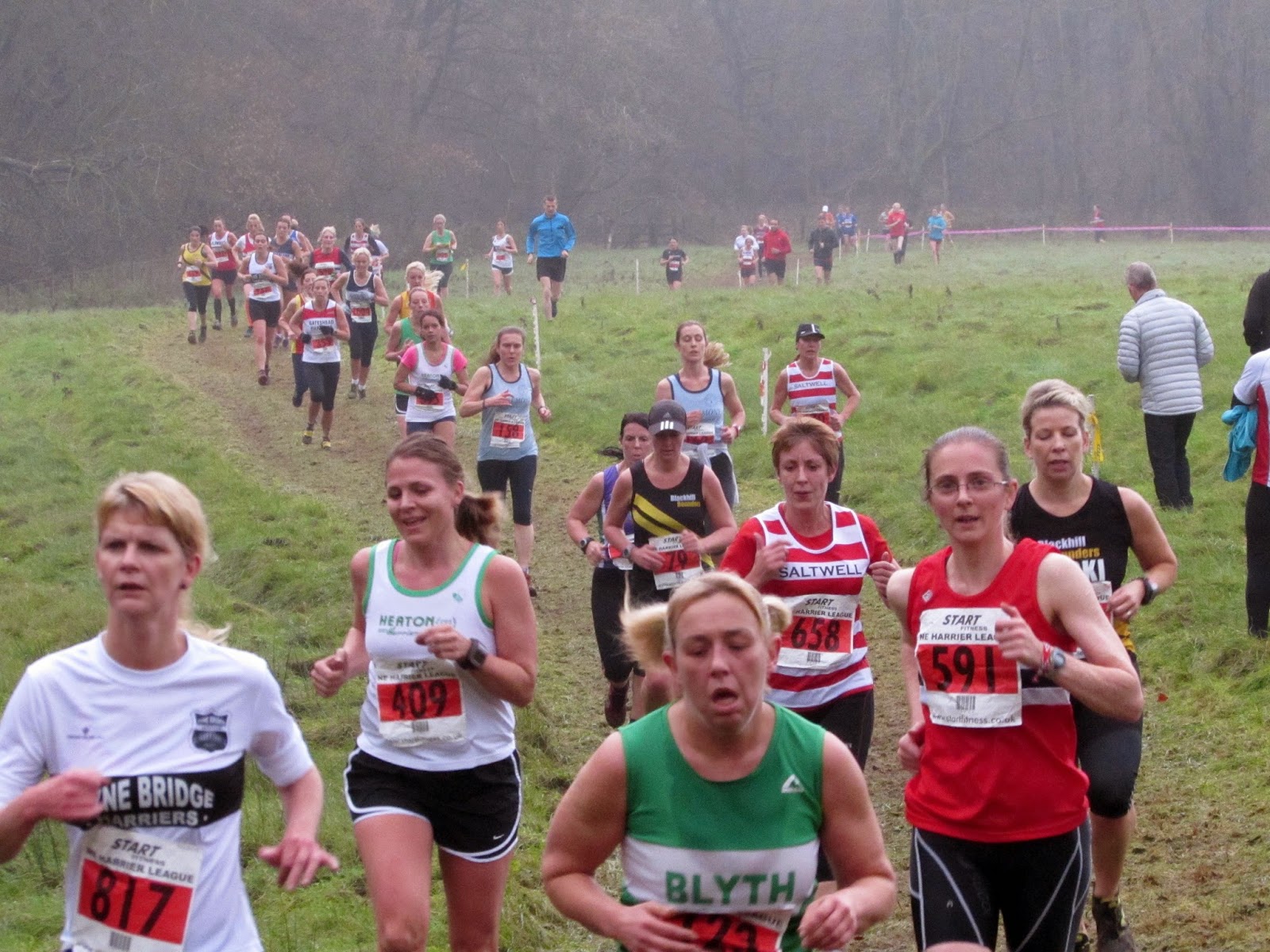 I handed the camera over, and prepared to run 6 miles or so across the fields with spikes that are really on the small size for me. Off the huge field went and I felt fine during the first two laps and much better than in recent weeks. However, predictably, I began to tire badly on the third lap as runners from both the medium and fast pack began to come through. Having reached the heady heights of 85th, I finished around 130th. A gub of juice and then a coffee sorted me out and soon I was being whisked away back home for my slippers, cocoa and pipe. Good event.  Photos of the Cross Country at Wallington
are in the gallery (Flickr - click on picture on the right) 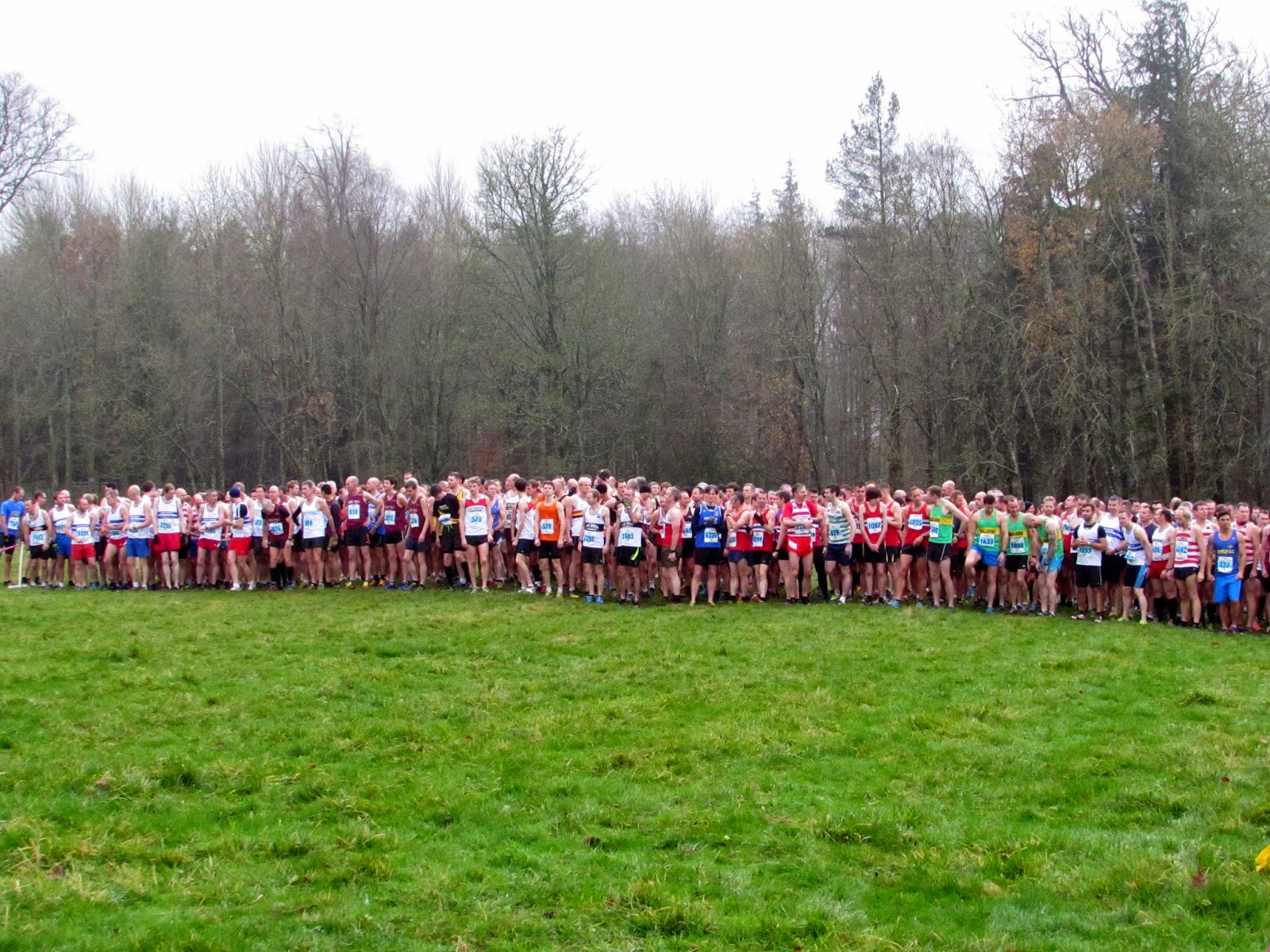